In 1989, he invested in Xiamen, China, and founded Roring Industries(Xiamen), Ltd., which engaged in various types of glasses manufacturing.

In 1997, he was awarded the honorary citizen of Xiamen City. The companies affiliated to the FUTIS and ACTIF have also grown to become the leading companies in the optical industry in Xiamen.

In 2003, Wu Jinzhong was elected as the 6th president of the Taiwan Businessmen Association Xiamen.During his tenure, he united, served members, and solved problems for member companies. At the same time, he rushed to cross the straits and promoted the “Three mini-links” and “Cross-Straits”.

In 2006, he was awarded the honorary citizen of Kinmen County.
In 2006, president Hu Jintao met Wu Jinzhong during Hu’s inspection of Xiamen.

In 2011, Wu Jinzhong was awarded the outstanding builder of the 30th anniversary of the construction of the Xiamen Special Economic Zone.

In 2012, Wu Jinzhong was elected president of Xiamen Optical Association.

In 2019, Wu Jinzhong was selected as the "Informal Craftsman" by CCTV (China Central Television), and interviewed the documentary "The Seeker of Light".

In the 50 years of eyewear industry, Wu Jinzhong has always adhered to the initial heart "Bring freshness and comfort to human vision". 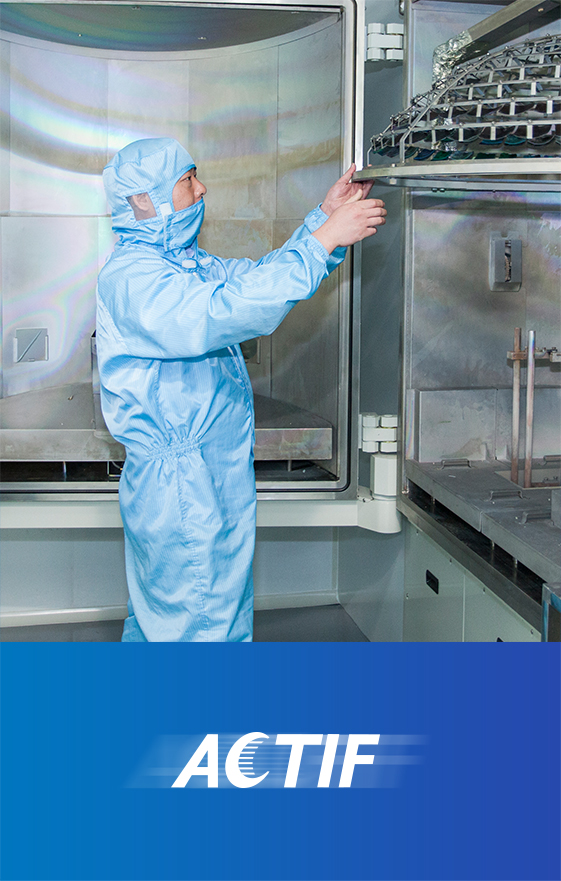 Over the years, the Company’s operation and management has always upheld the values of “Science and Technology, Environmental Protection, and Health”. With “Genuine, Extreme Service and Making Money without Doing Harm” as the Company’s operational principles, the Company actively explores both domestic and foreign markets. With innovation, safety, environmental protection, and health as its products’ design concepts, the Company provides fashion and comfortable visual enjoyment to customers around the world and strives to be the most trusted professional optical film production vendor in the industry.

ACTIF Polarizers (China) Co., Ltd. was established in December 2002 and is located in Xiamen City, China. As a leader in the field of polarized technology in China, it is a national high-tech company. The Company is committed to developing and manufacturing senior polarizing film and polarized lenses, color lenses, anti-fog lenses, anti-blue lenses/boards, 3D lenses, optical films, LCD polarizing film, etc.

Since its foundation, ACTIF has focused on the independent research and development of TAC material (cellulose triacetate). ACTIF’s polarizing film was put into mass production in 2004 and was the first to break the European and American monopoly, becoming China’s first company to produce high-performance polarizing film and optical film. With super high cost performance, ACTIF’s polarizing film has won appreciation from both domestic and foreign customers and is comfortably perched among the top five international TAC polarizing film suppliers.

Regarding its research and development mode, ACTIF has adhered to a market-oriented system over the years, depending mainly on independent innovation and supplemented by industry-university-research cooperation. Using an advanced manufacturing mode and relying on the advantage of independent innovation technology, the Company has adopted a lean and efficient production management mode with a low-cost strategy to achieve order form-based production. With regard to marketing mode, the Company is facing an international market. Based on the needs of famous international brand merchants, the Company has carried out research and development on membrane application products and the development and design of malleability to achieve order-oriented sales and after-sales service.

Human resource is the first resource in the enterprise development

Both ability and integrity, people-oriented